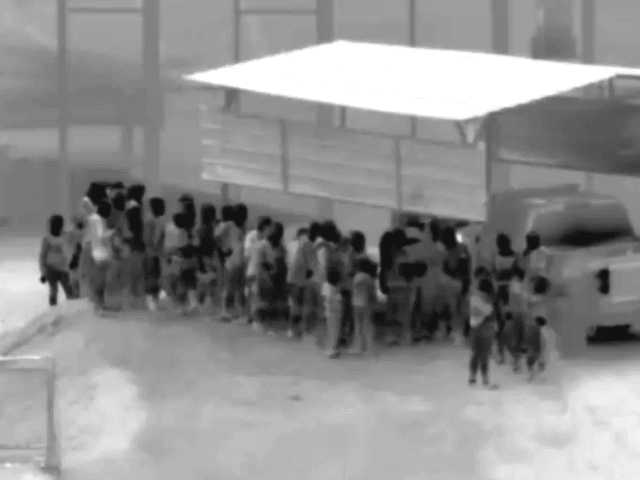 Yuma Station agents came upon two “huge groups” of migrants during a five-hour period that began shortly before midnight on Tuesday and ended a few hours later. The discoveries led to the arrest of 164 illegal immigrants in a small section of the border just west of the San Luis port of entry, according to Tucson Sector Border Patrol officials.

In the first incident, the agents found a group of 108 who crossed the border illegally about a half-mile west of the San Luis port of entry, officials stated. The incident occurred shortly before midnight Tuesday. The agents reported the group’s composition as mostly family units and unaccompanied minors from Central America.

About five hours later, agents came upon another group of 58 wishing to surrender to authorities. This incident occurred in about the same area during early morning hours Wednesday.

Officials reported that 88 children crossed the border with 76 adults. The children ranged in age from 3 months to 17 years. Eight of the migrants came to the U.S. from Honduras while 156 traveled from Guatemala.

The 164 migrants will be processed for immigration violations under Yuma Sector guidelines, officials reported.

The number of migrant families making the dangerous trek to illegally cross the border from Mexico into the Arizona desert nearly doubled from FY2017 to FY2018, Breitbart Texas reported.

A recent report released by U.S. Customs and Border Protection (CBP) reveals that the illegal crossing of Family Unit Aliens (FMUA) and Unaccompanied Alien Children (UAC) increased from 13,181 in Fiscal Year 2017 year-to-date (YTD) reports to 25,911 in Fiscal Year 2018 – a 98 percent increase, according to the August Southwest Border Migration report. Yuma and Tucson Sector officials reported these classes of migrants are crossing in large numbers from Mexico into the southern Arizona desert where at least 83 migrants died during calendar year 2018, the Missing Migrant Project reports.