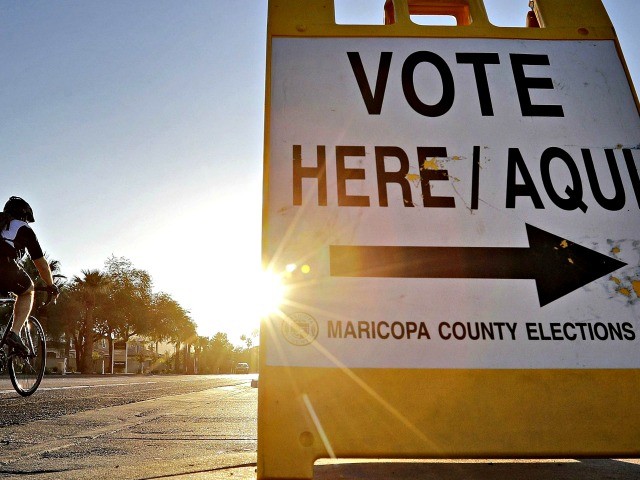 About 140 House Democrats voted “present” or against a resolution condemning localities across the United States for giving illegal aliens and noncitizens the right to vote in local elections.

On Wednesday, about 71 Democrats and one Republican — Rep. Justin Amash (R-MI) — voted against House Resolution 1071, which admonishes localities for giving illegal aliens and noncitizens voting rights.

Another 69 House Democrats voted “present” on the resolution, while 49 Democrats joined 230 House Republicans to support the measure.

The resolution calls out localities for giving local voting rights to illegal aliens and noncitizens, noting that giving noncitizens the right to vote disenfranchises American citizens from the electoral process:

Recognizing that allowing illegal immigrants the right to vote devalues the franchise and diminishes the voting power of United States citizens. Whereas voting is fundamental to a functioning democracy; Whereas the Constitution prohibits discrimination in voting based on race, sex, poll taxes, and age; Whereas it is of paramount importance that the United States maintains the legitimacy of its elections and protects them from interference, including interference from foreign threats and illegal voting; Whereas the Constitution allows States and localities to grant non-citizens the right to vote in non-Federal elections; [Emphasis added]

Whereas the city of San Francisco, California, is allowing non-citizens, including illegal immigrants, to register to vote in school board elections; and Whereas Federal law prohibits non-citizens from voting in elections for Federal office: Now, therefore, be it 1 Resolved, That the House of Representatives recognizes that allowing illegal immigrants the right to vote devalues the franchise and diminishes the voting power of 4 United States citizens. [Emphasis added]

The vote comes before the 2018 midterm elections, where House and Senate Democrats have led their campaigns on a promise to abolish all immigration enforcement across the U.S., including abolishing the Immigration and Customs Enforcement (ICE) agency.

In July, nearly 170 House Democrats voted “present” or voted against a resolution in support of ICE, which arrests and deports criminal illegal aliens, along with busting human smuggling rings and drug trafficking organizations.

A number of American cities, including San Francisco, Chicago, a number of Boston suburbs including Cambridge, and others, have given illegal aliens and noncitizens the right to vote in local elections.