Agents assigned to the Casa Grande Station encountered a large group of migrants who illegally crossed the border from Mexico near Santa Cruz, Arizona. The group of Family Unit Aliens made their to a remote Border Patrol camp early Wednesday morning, according to U.S. Customs and Border Protection. 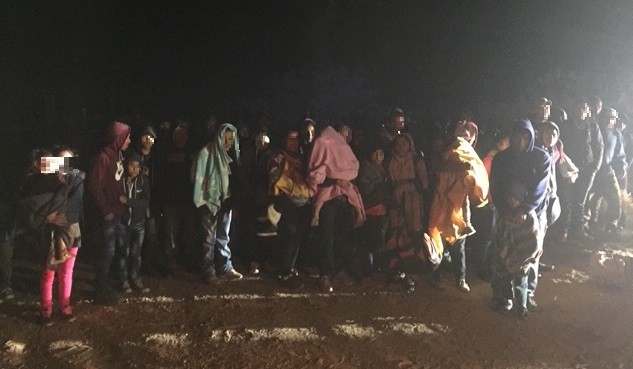 Ajo Station agents came upon another large group of Central American families several miles west of the Lukeville Port of Entry later that day. Officials said that Ajo Station agents apprehended thousands of migrant families in this area during the summer months. 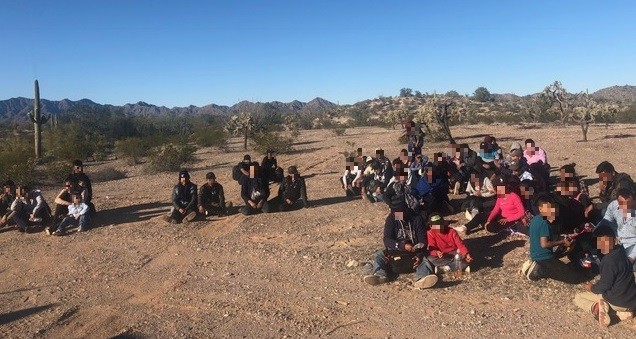 All of the migrants were reportedly found in good health.

The agents transporting all of the migrants to their respective stations for processing and a biometric background investigation. Those investigations led to the discovery that seven of the men, and one woman, had previous immigration violations, including deportations.

One such risk was captured this week when Border Patrol camera operators in the Yuma Sector witnessed a smuggler dropping two small children from the top of an 18-foot border wall near the San Luis Port of Entry, Breitbart News reported on Tuesday.

A camera operator monitoring a section of the border wall near the San Luis Port of Entry early on Monday morning observed a group of six illegal immigrants being smuggled over the wall. The operator observed at least two small children dropped from the top of the 18-foot wall, according to Yuma Sector officials.

One of the children suffered a facial laceration during the fall. The smuggler absconded back to Mexico and was not captured.

The section of the wall where the incident took place utilized the older technology that allows migrants to climb and cross over the top, officials stated. This 27-mile section of border wall has already been selected and funded for replacement by newer technology walls.