PARIS (AP) — It was America’s deadliest battle ever, with 26,000 U.S. soldiers killed, tens of thousands wounded and more ammunition fired than in the whole of the Civil War. The Meuse-Argonne offensive of 1918 was also a great American victory that helped bringing an end to World War 1.

A remembrance ceremony will take place on Sunday afternoon in the Meuse-Argonne cemetery, which is surrounded by green fields and forests in Romagne-sous-Montfaucon, a village in northeastern France. More than 14,000 graves will be lit with candles to honor those buried there.

Early Sunday, volunteers began reading the soldiers’ names aloud, while others were in charge of placing candles on all the crosses. Covering 52 hectares (130 acres), Meuse-Argonne is the largest American cemetery in Europe.

William M. Matz, secretary of the American Battle Monuments Commission (ABMC) that maintains the site, told The Associated Press that this piece of history must be retold to younger generations. 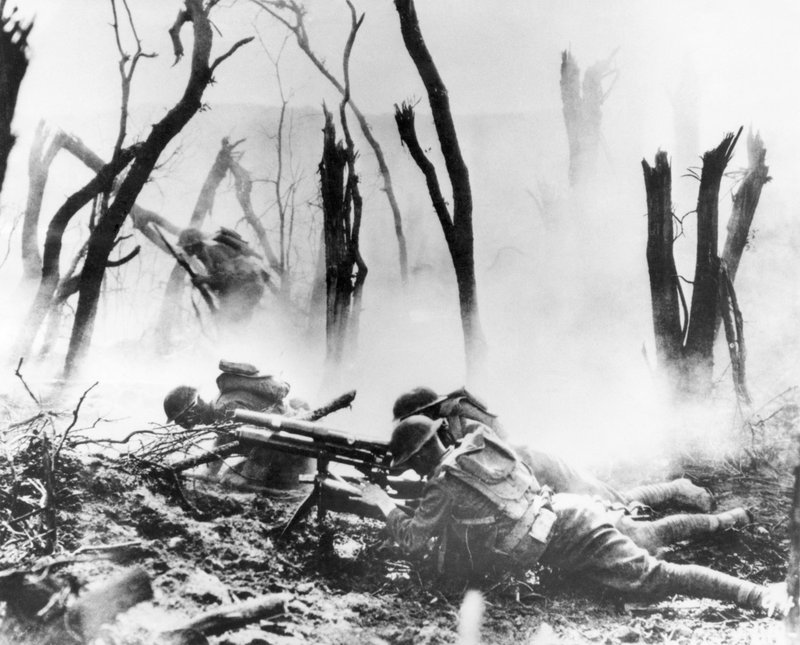 FILE – In this Sept. 26, 1918 file photo, a U.S. Army 37-mm gun crew man their position during the World War One Meuse-Argonne Allied offensive in France. It was America’s largest and deadliest battle ever, with 26,000 U.S. soldiers killed and tens of thousands wounded. A hundred years ago, the Meuse-Argonne offensive contributed to bringing an end to of World War One. (AP Photo, File)

“I think it’s important for their teachers, their parents to bring them to these beautiful sites, let them walk through the rose of crosses, let them look at the walls of remembrance, let them go into the cemetery chapels and let them learn the history of what these men did 100 years ago,” he said.

“It’s because of their brave deeds, their acts of valor and courage and commitment … that these young folks are able to live and enjoy the life that they’re living,” he added.

During seven weeks of combat, 1.2 million American troops led by Gen. John J. Pershing fought to advance on the entrenched positions held by about 450,000 Germans in the Verdun region.

The offensive that started on Sept. 26, 1918, was one of several simultaneous Allied attacks that brought the war which started in 1914 to an end, leading the Germans to retreat and sign the armistice on November 11.

Pershing said “the success stands out as one of the very great achievements in the history of American arms.”

At the cemetery, eight wide grave sections with long regular rows of crosses stretch between the trees on the gentle slopes of a hill. On top is a chapel where the names of 954 missing American soldiers, whose bodies were never found or identified, are engraved. 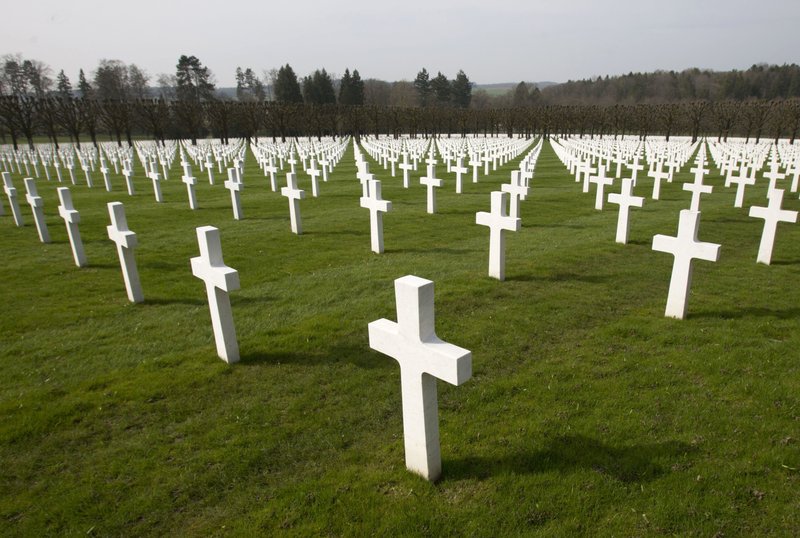 FILE – In this March 24, 2017 file photo, a view of rows of crosses of American World War I soldiers at the Meuse-Argonne American cemetery in Romagne-sous-Montfaucon. It was America’s largest and deadliest battle ever, with 26,000 U.S. soldiers killed and tens of thousands wounded. A hundred years ago, the Meuse-Argonne offensive contributed to bringing an end to of World War One. (AP Photo/Virginia Mayo, File)