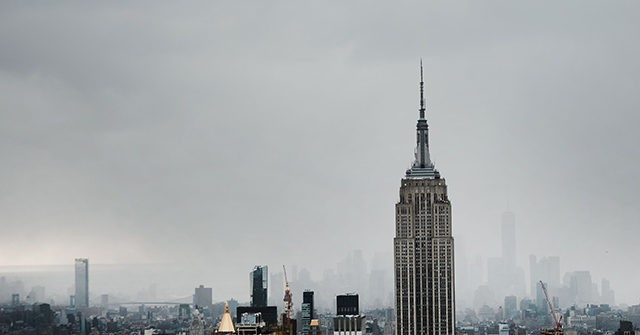 One pilot is dead after crash landing his helicopter atop a 54-story building in Midtown Manhattan on Monday afternoon, according to New York City’s fire department.

The hard landing occurred at the AXA Equitable Center on 7th Avenue and West 49th Street around 2 p.m. EST, according to NBC New York. The building’s roof does not have a helipad.

Speaking to reporters near the scene, New York Gov. Andrew Cuomo (D) said of the incident: “The only indication was a helicopter had to do an emergency or a hard landing, or crashed onto the rooftop of a building.”

“There’s no indication of anything more than that,” he added.

The incident is believed to be an accident and there is no indication of terrorism, one senior FAA official told ABC News.

One eyewitness shared purported footage to social media of the scene.

787 7th ave, #midtown NYC. We’re 1 block south. 20 mins ago there was a loud sound like a too-low #helicopter & I looked up and saw sheet of flame on roof and then smoke. News reports saying helicopter/small plane crash onto roof which would be consistent with what I heard/saw. pic.twitter.com/swY3ksLskH

One office building near the site was reportedly evacuated.