Laredo Sector Border Patrol agents seized 38 pounds of methamphetamine at the U.S. Highway 59 checkpoint located between Laredo and Freer, Texas. Officials estimate the drugs to be worth in excess of $1.4 million.

Agents assigned to the U.S. Highway 59 Border Patrol checkpoint observed a white Chevy pickup truck approaching for inspection on Tuesday. During the immigration interview, a K-9 agent alerted to the possible presence of drug or human cargo in the truck. The agents referred the driver to a secondary inspection station, according to Laredo Sector Border Patrol officials.

During the secondary inspection, the agents found 15 bundles of drugs hidden within the seats of the truck, officials stated. The agents removed the drugs and confirmed via testing that it was methamphetamine.

Officials reported the drugs weighed 38 pounds and have an estimated street value of $1,421,200.

The agents arrested the driver and seized the drugs and the pickup truck. All were turned over to the Drug Enforcement Administration for investigation. 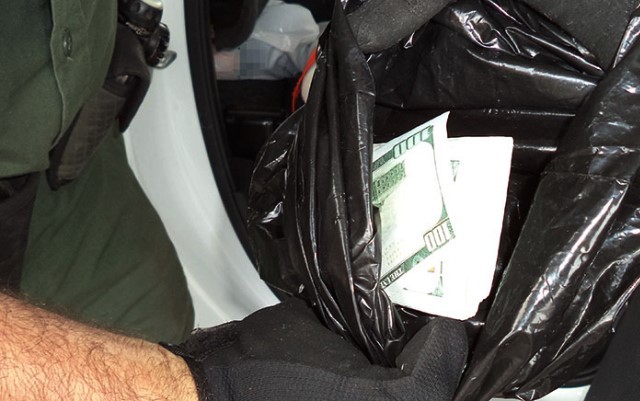 That same day, Freer Station agents assigned to the checkpoint observed a white Dodge Ram approaching for inspection. During questioning of the driver’s immigration status, a K-9 agent alerted to the possible presence of drugs or other contraband. The agents referred the U.S. citizen driver to the secondary inspection station, Laredo Sector officials reported.

During the inspection, the agents found trace amounts of marijuana near the center console of the truck. Further inspection revealed a stash of cash hidden underneath the flooring of the truck. Agents determined there was $12,000 in U.S. currency in the hidden package.

Agents seized the cash and the truck. They turned the items and the driver over to the Drug Enforcement Administration for further investigation.